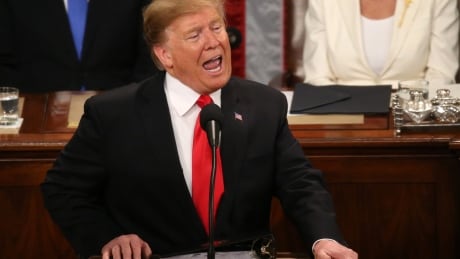 U.S. President Donald Trump struck a tone of unity as he began his state of the union speech on Tuesday night — the first he has delivered to a divided Congress — before turning to a lengthy defence of his call for a border wall, one of the most polarizing issues of his time in office.