New mum on the block, Anushka Sharma is back at work. The Zero actor was recently spotted on the sets of a shoot and it seemed like no time has passed ever since she announced her pregnancy and gave birth to daughter Vamika.

Needless to say, Anushka looked radiant in a white top teamed with a pair of baggy jeans.

Keeping the look understated and neat, she completed it with hair tied in a bun and wore a mask. 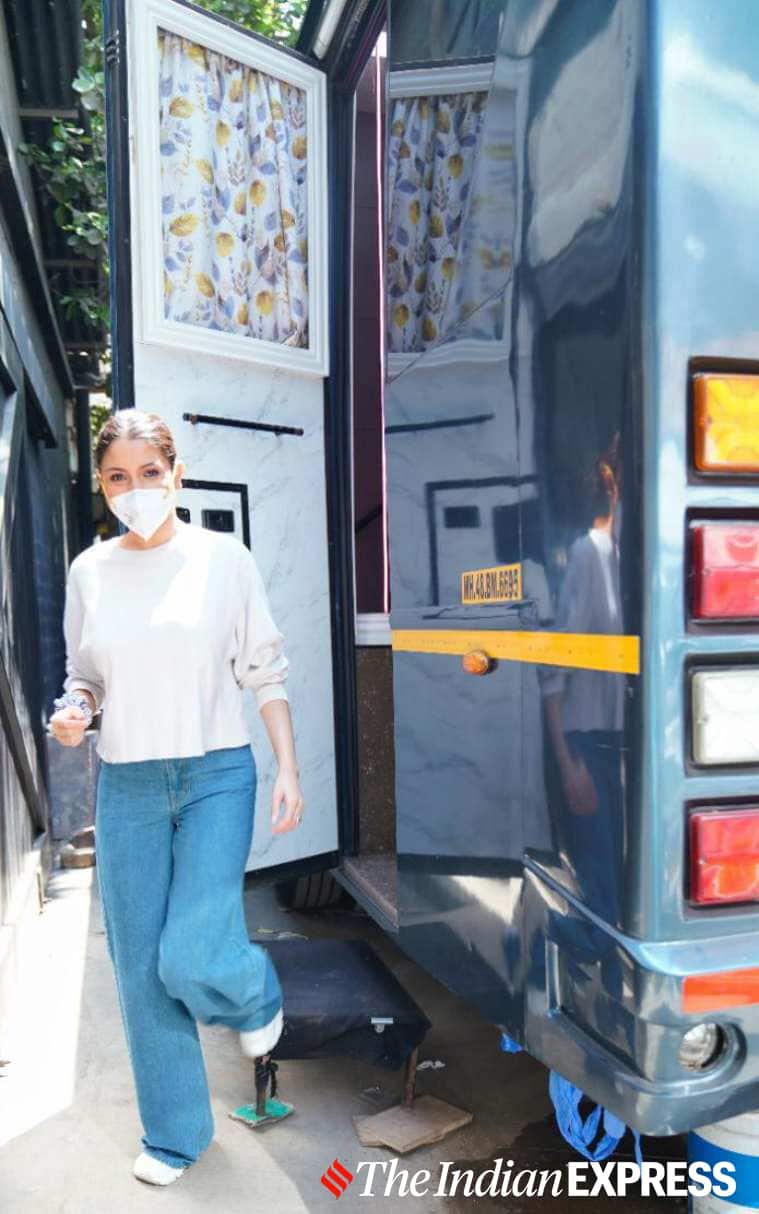 As always, Anushka — who gave birth on January 11 — looked fit. Since the birth of her child, she has been sharing snippets from home on social media. Earlier, she had shared a sun-kissed selfie wearing an oversized denim shirt and a pair of distressed jeans. She captioned it, “Light catcher”

The look was completed with hair parted neatly at the center. But what really had our attention was her flawless skin.

In January, Anushka and Virat Kohli became parents to daughter Vamika. The couple announced her name in an adorable Instagram post. “We have lived together with love, presence, and gratitude as a way of life but this little one, Vamika has taken it to a whole new level! Tears, laughter, worry, bliss – emotions that have been experienced in a span of minutes sometimes! Sleep is elusive 😛 but our hearts are SO full. Thanking you all for your wishes, prayers, and good energy,” she had shared.

My best friend's success and lavish lifestyle leaves me depressed. How can I fix this? Ask Ellie – Waterloo Chronicle