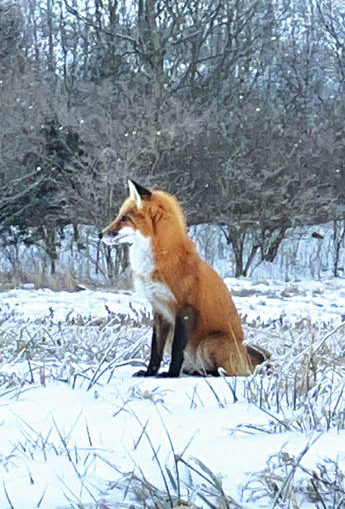 Mason County has downgraded from a level two snow emergency to a level one as of noon on Thursday.

The main roads have been steadily improving as well as the side roads, according to officials.

“The road crews continue to work clearing the roads, the salt trucks help a lot and there is improvement,” said Clay Buser, emergency management director of Mason county.

Buser also said there have been no major traffic accidents caused by the weather, “There have been a few slip and slides but nothing major,” said Buser.

The roads in Lewis County are slowly improving as road crews contiue to clear them, officials said.

“Things are starting to thaw making it easier for the road crews to clear the county roads and secondary roads as well, there is still some snow covered roads and slick spots though,” said Jimmy Lykins the current judge executive of Lewis county.

Lykins said in all Lewis Ccounty has been lucky this week as there have been no major traffic incidents.

Earlier this week, more than 500 residents of Lewis County experienced short power outages. tHowever, according to Lykins, there have been no further outages.

This weekend will be very cold but Buser said there is a warm-up coming next week with temps up in the 40s which he said will help with snowmelt.

Schools in all four counties have been closed this week because of the weather.

Fleming County schools closed for the week when the winter weather warning first came out and Dwayne Price, the emergency management director for fleming county said they made the right decision.

Fleming County has also downgraded from a level three to a level two snow emergency and according to Price the roads still have some snow coverage and slick spots but aren’t too bad.

Judge Executive Stephanie Bogucki in Robertson County said they are also on a level two snow emergency but with improving road conditions.

According to Buser, there may still be a few snow flurries but he doesn’t expect much further accumulation in Mason county this week.

According to the National Weather Service, on Wednesday, snow is likely after 4 a.m. with an accumulation of 1-2 inches of snow possible. On Thursday, before 3 p.m., rain and snow is expected with another 1-3 inches of accumulation possible. More snow and about 1 inch of snow accumulation is possible before 10 p.m. on Thursday.

Snow Emergencies may be declared at one of the following levels:

Level One — Conditions: Roadways are hazardous with blowing and/or drifting snow, roadways may be icy. Advisory: Cautious driving is advised.

Level Two — Conditions: Roadways are hazardous with blowing and drifting snow and roadways may be icy. Advisory: Only motorists whose travel is necessary should be on the roadways. Residents are urged to contact their employer to see if they should report to work.

Level Three — Conditions: All roadways are restricted to emergency personnel use only for travel to work, for delivery of medical supplies, medical treatment and snow removal operations. Advisory: Essential travel only is advised. Violators are subject to prosecution. Residents are strongly urged to contact their employer concerning work schedules.

Boris Johnson's government is 'gaslighting' Britain about the realities of Brexit, critics say

This essential worker needed to glam up for the Golden Globes. So, she turned to a Facebook community to help make her dazzle

Friends adopted as babies find out they are biological sisters