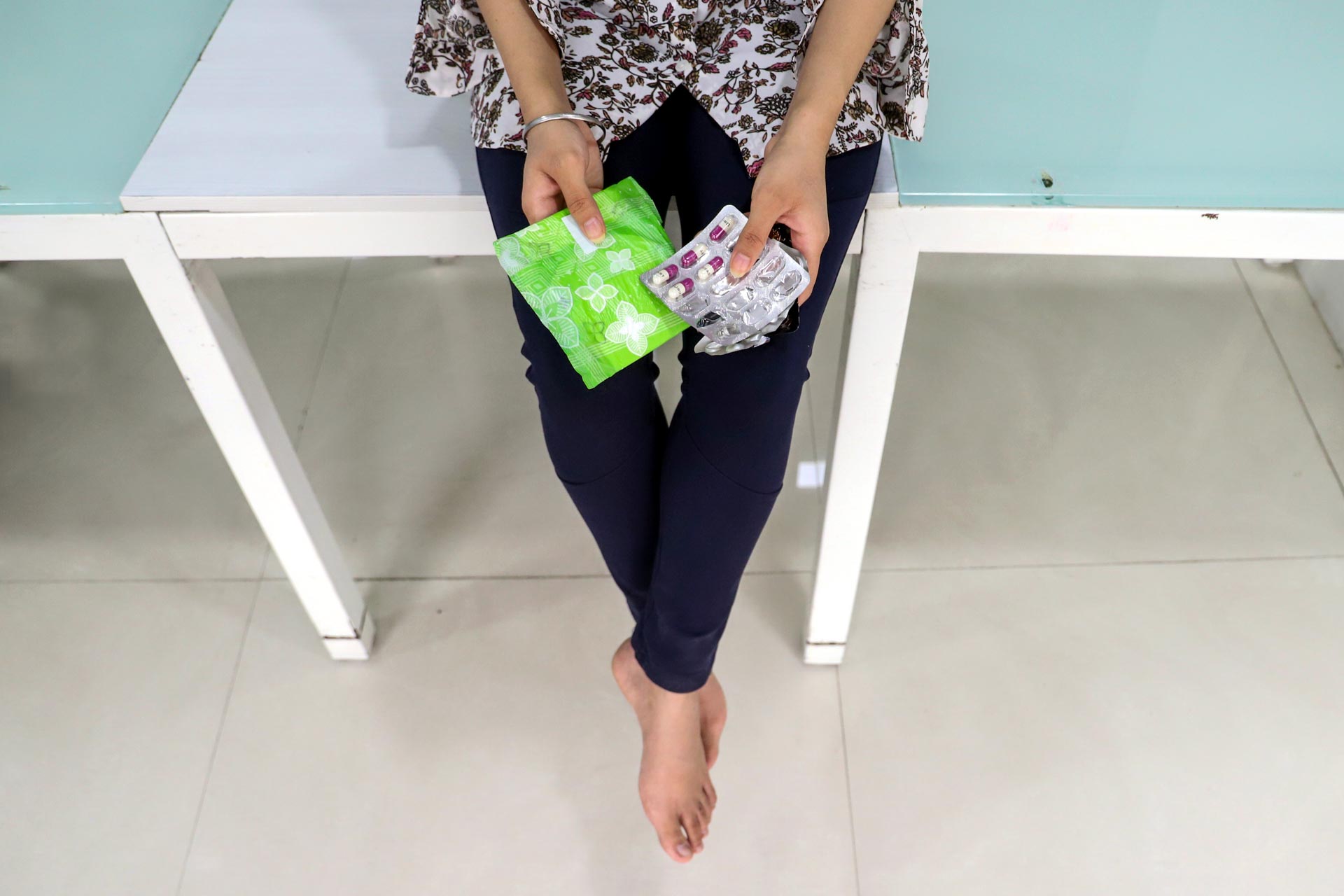 PCOS in India ranges from 3.7 to 22.5 pc depending on the population studied and criteria for diagnosis, says study by ICMR (MIG photos/Aman Kanojia)

PCOS and other lifestyle diseases, already a neglected problem faced by women saw a sharp rise during the pandemic owing to the lockdown induced sedentary lifestyle and unhealthy eating habits.

Lifestyle diseases, a phenomenon that was largely unheard of till about a generation earlier, have become so common now that 61 pc deaths in India in 2016 were caused due to non-communicable diseases (NCD), says Lifestyle Diseases: Body Burden, a study conducted by the New Delhi-based Centre for Science and Environment (CSE).

According to GOQii India Fit Report 2020, a staggering 71 pc of the women fall in the unhealthy category. Juggling between professional and personal lives, Indian women become prone to lifestyle diseases in the absence of adequate exercise and proper nourishment. A survey conducted by a study released by the Associated Chamber of Commerce and Industry, based in Delhi said that 68 pc of working women surveyed within the age group of 21 to 52 years were suffering from lifestyle diseases like diabetes, obesity, hypertension and PCOS.

PCOS (polycystic ovarian syndrome), a lifestyle disorder most commonly noticed in women between age of 15-25 years, is a hormonal disorder leading to menstrual irregularities, obesity and infertility. Over the years the incidence of this ailment has been rising in the country and today, one out of five women suffer from it, says a study conducted by New Delhi-based All India Institute of Medical Sciences (AIIMS). “The baseline of PCOS in India is quiet huge, approximately 30 pc to 40 pc girls in our country are currently suffering from it,” Dr Tripti Raheja, a gynecologist practicing in North Delhi, tells Media India Group.

The rising cases of PCOS in young women can be directly correlated to a sedentary lifestyle, unhealthy diet, lack of physical activities and obesity. Up to 75 pc of women with PCOS also have obesity, says a report published by National Centre for Biotechnology Information (NCBI) in 2018. “Not only lifestyle problems, but some genetic factors also influence the condition, however, most of the patients who suffer from this condition are obese. Sedentary lifestyle and over-consumption of fast food are major contributing factors to the disease,” explains Dr Raheja.

Impact of the pandemic

The pandemic-ensued lockdown and the resultant change of lifestyle have impacted a lot of gynecological conditions including PCOS among women. “There has been a notable increase in the number of cases of PCOS that I have received post the lockdown. Not only PCOS but sudden change in lifestyle led other problems as well such as irregular periods and hormonal imbalances,” says Dr Raheja.

This problem, if not treated on time, can lead to severe long-term health problems like hypertension, infertility, diabetes and other metabolic disorders therefore early diagnosis and access to adequate treatment becomes crucial. “While medicines can be prescribed for temporary relief from symptoms like acne, irregular periods, excessive hair growth, the only permanent cure of this condition lies in dietary changes and improving the lifestyle,” says Dr Raheja.